Look what is happening at KJ Alpacas!

KJ Alpacas sponsored 2 alpacas to live at "The Farm" school in the fall and winter months.

Dakota and her team did an excellent job of caring for the alpacas and learning all about alpacas!

This was a great opportunity for teens to learn about farm life and even building their own penning.

Dakota also attended her 1st show and did a great job showing and showmanship!

KJ Alpacas is back from the 8th Annual Amber Autumn Auction in Phoenix!

Thanks to Alison at Roaring Acres for selecting Fanci Ash Alyst to join your family!

Thanks to Marc & Sharon at Red Granite Ranch for selecting Pallaton's Kalibaut Alyst to add to your breeding program!

KJ Alpacas was awarded Mature Male of the Year 2019 for Red Granites Pallaton by Alpaca Canada!

No Shows in 2020 due to the COVID-19 virus.  KJ Alpacas attended the 7th Annual Amber Autumn Auction in February 2020.Thanks to Sundancer Alpacas for purchasing Kahlua & Kruz!

KJ Alpacas was awarded Male Huacaya of 2018 by Alpaca Canada!

KJ Alpacas had a very successful show run in 2019!

We are excited to announce the arrival of our twin grand babies in January 2017!

Congratulations to Steph and Ryan!

KJ Travels to Phoenix for the Amber Autumn 1st Annual Invitational!The weather was perfect, the sale was a huge success, the hospitality was exceptional!  We really liked all the herdsires on display!KJ purchases 2 lots!!!

Another "GET OF SIRE" win for Eclipse Alyst!

Sculptor Alyst wins the CNASF East Sires Cup, October 2013!KJ Travels to Quebec!Thanks to everyone for your hospitality - what a beautiful province! KJ wins Grand and Reserve Medium Color Fleece at Olds Fibre Fair, June 2013!KJ would like to congratulate Amber Autumn Alpacas on their recent double "Get of Sire" wins with Eclipse Alyst!!!!

KJ heads south yet again !  Taking in the Priority Auction in Las Vegas!!  We were very impressed with all the animals, the facility and the whole event!!!

We look forward to attending again in 2014.

Congratulations to Averegan Alpacas on your Supreme Champion win with your beautiful Shamroc Alyst female!!!!

Diomedes fleece was COLOR CHAMPION, BEST CRIMP, and JUDGE'S CHOICE in the USWe chose Diomedes for his consistent production of high quality offspring in white and color! KJ heads south yet again !  Thanks to Mistletoe Farm Alpacas for the farm tour! KJ heads south again....this time taking in the GWAS in Denver, Colorado!We seen some incredible animals...thanks to all the breeders for making us feel so welcome!

Congratulations to Stephanie and Ryan on their perfect Mexican wedding!!

There are some awesome animals coming to Canada!KJ  heads to Redmond Oregon for their inaugural show in October, 2011.

We had a great time at our first US show...we look forward to coming again in 2012.

Yet another unrelated bloodline added to our herdsire row!YVida Loca Avalonn's Immortal (Morty) brings us the Elite General Ledger bloodline as well as Peruvian Ivano and In Excess in fine color.

A new addition to the Jarvis clan....

KJ Alpacas heads to Phoenix - February 2011 - Snowmass SaleSnow in Arizona?  Seems everywhere is getting their share of bad weather in 2011!

We enjoyed our first ever Snowmass Auction Sale and Seminars.

KJ Alpacas on the high seas -

We would highly recommend taking in the "Alpaca" Cruise.  We enjoyed meeting new people, the best weather, and our first ever cruise holiday! 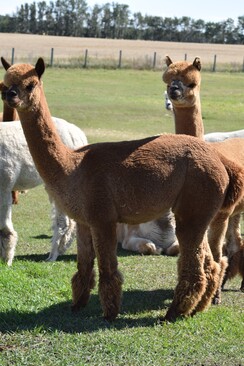 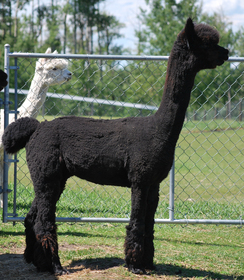 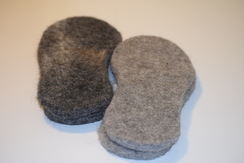 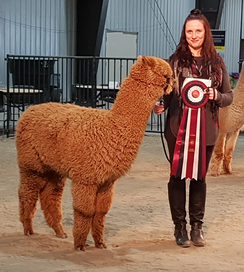